Have you ever been losing in the solitude then positioning yourself as well as child? Or have you ever felt that you lost some stuffs in your own room? Then you suddenly feel that there must be someone stealing it? There is no body inside actually but you. These kinds of questions was experimented by me last night after watching a couple anime movies produced by Ghibli Studio, namely Spirited Away (2001) and The Secret World of Arriety (2010) in particular. 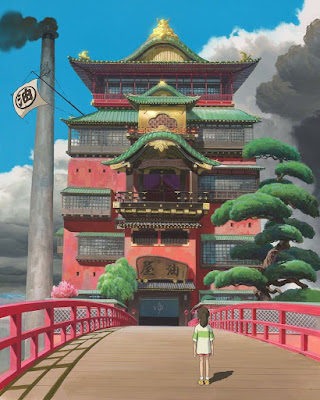 Spirited Away talked about a family wanting to move to another town. They were father and mother with one child, named Chihiro. She was ten years old. On the road Chihiro looked a stranger. She did not like with their displacement. To make it better, her father decided to use alternative route through forest. They lost in the forest but found a small town with no one. It looked like a town of playground left by their people. There were numerous restaurants completed with dishes of food. Chihiro’s family was surprising and determined to look around then. This story began from here. I am not talking to you what happened next but actually the place that they stopped was the boundary between real world and invisible world. I meet with many characters whom I have never imagined before. Watching this movie will bring you to a fantasy world. Not only presenting good characters, but also beautiful images, and an interesting story equally. Reasonably, it had become a winner of Oscar 2003 for best animation. 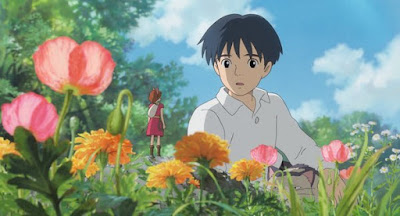 The next movie is the same as the previous one, I did not expect more, but what I found was adorable. The Secret World of Arriety showed a life of little people. They had 4 inches of height. These little people might not be seen by normal people like us. Finally, that situation had made them must struggle for living. They named themselves with borrower and took goods from real people for their daily life. This anime took a perspective from Arriety, a little girl who lived with her father and mother in a Sadako’s house. Sadako’s family believed that there were little people lived in their house. It was proven by doll house. This condition made their housemaid be curious. As the same as the first motion picture, I do not explain more about what happened with Arriety’s life then whether they were destroyed or survived. A film that adapted from Mary Norton’s novel was strong, mixed by among happiness, sadness, anxiety, humorous and that stories were not easily guessed.

I forgot when the last time I watched kids movies like these. Many life lessons were offered without disparaged. Finally, from them, I understood that kid’s movies are not only for children but also adults.